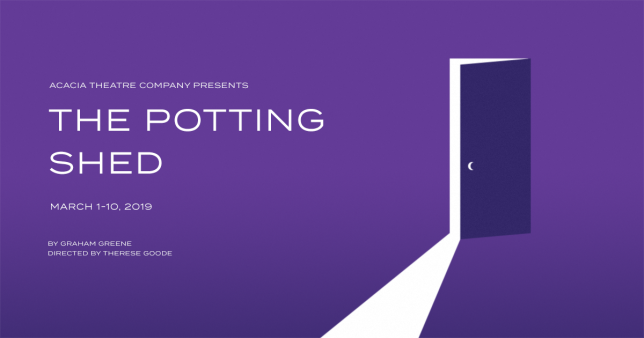 “One of the most interesting [characters] is Dr. Kreuzer (Ben Parman), a psychologist who uses injections of ‘truth serum’ to help James remember the critical incident that changed the course of his life. Parman keeps his emotional distance as a professional therapist while still reaching out to patients (such as James) who may do themselves harm. It is a well-done balancing act that adds credibility to Parman’s character.” – Anne Siegel, TotalTheater.com

“Director Peter Clare skillfully builds the suspense to its shocking climax…As James, Dennis Lewis is [powerful]; deeply troubled yet determined to find his way as he searches for ‘the truth’…The rest of the 11-member cast is just as solid.” – Harry Cherkinian, The Shepherd Express 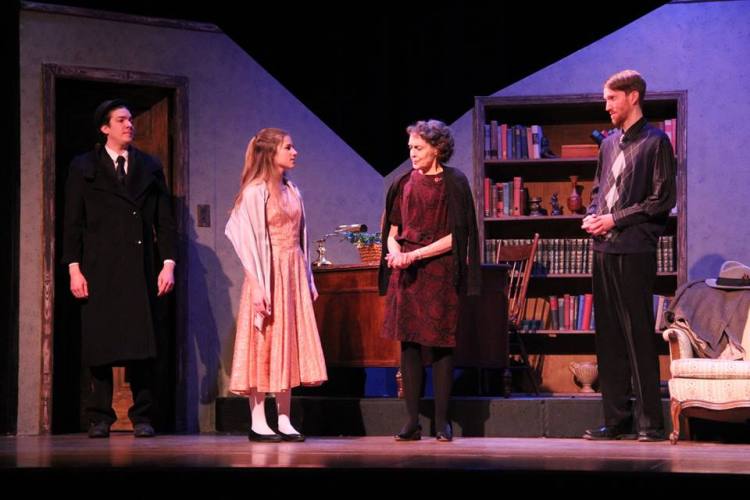 “The entire ensemble pulls together beautifully…Parman [hits] each line with perfect wit and sassy charisma. His interpretation [feels] so authentic, as if it were written for him…[it’s] worth the ticket price alone.” – Katie Lafond, Shepherd Express

“Phoebe and Stephen are beautifully enacted by Cara Johnston and Ben Parman. In fact they are the chief components in engaging our interest and enjoyment throughout the story.” – Julie McHale, The Milwaukee Post

“The scene between Lieutenant Rahms (Ben Parman) and Corrie (Elaine Wyler) was one of the most moving in the entire play.” – Julie McHale, The Milwaukee Post 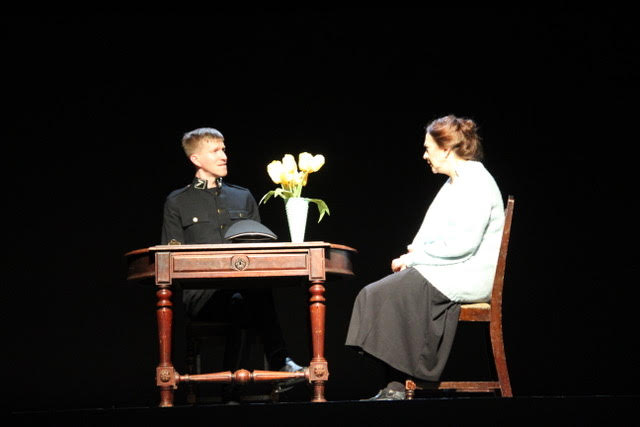 “Every actor beautifully handles the weight and significance of the material.” – Caitlin Elftman, On Milwaukee

“Given such a role as Herbert Pocket — Pip’s best friend — Ben Parman is terrific: endearing, smart and alive to Dickens’ wickedly sharp humor. Parman also grasps what’s so often true in Dickens: Even the best of us are performers, proceeding by charming indirection rather than fully revealing ourselves. One sees all an actor of Wainwright’s caliber can do when blessed with such a stellar scenic partner; scenes between Pip and Pocket are the show’s highlight.” – Mike Fischer, Milwaukee Journal Sentinel

“Additional standouts include Ben Parman as Herbert Pocket, who offers superb expression as Pip’s gentleman roommate and is a joy to watch.” – Amanda Sullivan, Shepherd Express 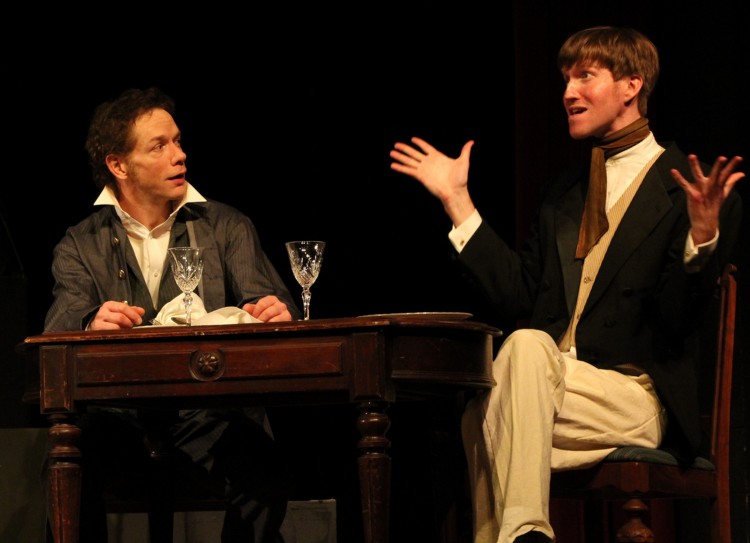 “One of the most delightful characters in the play is Herbert Pocket, very well rendered by Ben Parman.” – Julie McHale, GM Today

“This isn’t what Mamet intended. It’s better than that…a good portion of Ben Parman’s job is simply coming across as compassionately misunderstanding the basic relationship being outlined in the drama…Carol might come across as being dim-witted…thanks to Parman’s careful performance, she’s not. She’s come to the university to learn and one of those she’s learning from is questioning the value of a university education. She’s upset. Things get ugly. Thanks to the work of Parman and Sapiro under the direction of Erin Nicole Eggers, it’s a fascinating kind of ugly.” – Russ Bickerstaff, Shepherd Express

“Parman [embodies] a Carol whose very body language — stiff, angular and uncomfortable — reflects Carol’s fear and fury at an outside world she views as an implacable enemy…Mamet’s fractured and overlapping dialogue [is] excellently handled by both actors in this fast-paced production…” – Mike Fischer, Milwaukee Journal Sentinel

“Parman, a very good actor, sold the physical scenes very well. And legal sticking points aside, the gender confusion his presence brings to the role lines up surprisingly well with Mamet’s text, which Eggers did not alter.” – Tom Strini